The intervention fell within the framework of Millenium Challenge Account (MCA’s) construction and rehabilitation of road, water, and sanitation infrastructure being implemented throughout the province of Nampula and in the city of Quelimane, Zambezia. N’weti’s evidence-based, multi-pronged approach for social and behavioral change communication combines methods such as community dialogues, interpersonal communication, film screeenings followed by dicussion, community theater, and roadshows, complemented by Voluntary Counselling and Testing (VCT).

Based on the premise that coordination and partnership are essential to success, N’weti partnered with state actors, donors, peer NGOs, business leaders, and community leaders alike to achieve its desired program results, operating as a part of networks and groups working for the health rights of Mozambicans. The attached pages tell the story of N’weti’s work in Nampula province, from the perspectives of the people impacted by the program’s varied yet complementary social and behavior change activities. 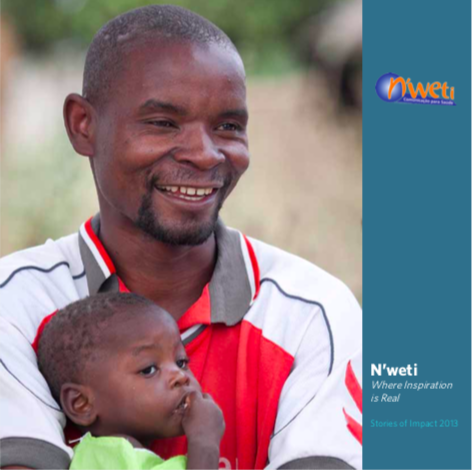 This report presents the results achieved by N'weti at two different moments in his work with clubs in schools. In the first instance the report describes the main achievements of the "The Club of the Bradas" Project implemented by N'weti in the period from 2007 to 2009.
This project was supported by the United Nations Children's Fund (UNICEF) and the Swedish Development Cooperation Agency (SIDA) and was implemented in partnership with the Ministry of Education (MINED) and RENSIDA.
The project was an added value to MINED's efforts to provide children with life skills and to disseminate them through radios, as the target group of the project covered one of the target groups identified by MINED in its Communication Strategy on HIV and AIDS, as well as being part of Civil Society's efforts to promote children's rights.
In this report, the main activities carried out during this 3 years of project implementation (2007-2009) are clearly visible.
From 2010, N'weti stops implementing the Bradas club and starts, along with MINED, RENSIDA and other partners, the design and implementation of a new model for running clubs in schools under MINED management, with N technical support to this process. The second part of this report highlights the main activities carried out between 2010 and 2011 in this new context of action of N'weti as a partner of technical support to MINED in the design and introduction of the new model of school clubs. 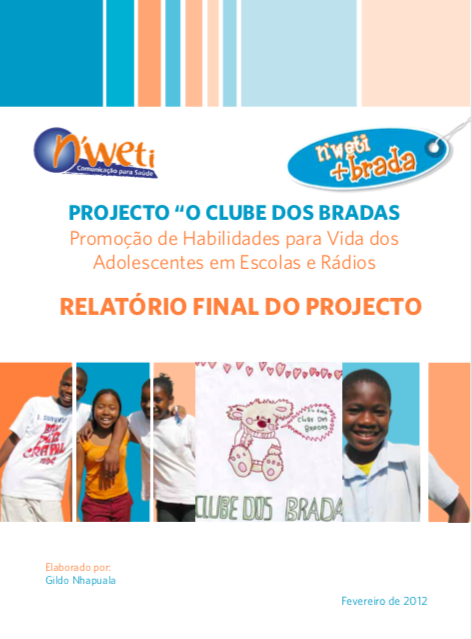 The AT methodology was originally conceived as an exclusive prevention and dialogue tool on gender and HIV / AIDS and aimed at bringing together men and women to participate in a dialogue and modeling of alternative roles and behaviors in the relationship between men and women in the context of HIV and gender disparities.

The TA kit adapted to suit the Mozambican context includes a series of nine profiles - in audio, video and written form - of women, men and couples who overcome cultural, gender and HIV and AIDS barriers in their own lives and, in doing so, they become role models for others. These profiles were viewed and served as catalysts during sessions where men and women through a series of interactive and participatory exercises examined gender constructs and social roles, and how they potentially put them at risk of being infected with HIV and AIDS.

Trained community facilitators guided group discussions with the help of the facilitator's guide. As a way to complement and reinforce learning generated throughout the community dialog sessions, the project strategy included the distribution by participants of journals addressing varied themes on HIV and AIDS. Condoms and counseling and voluntary testing services were also made available free to participants in community and community dialogues.

N'weti is a Mozambican nonprofit organization focused on communication for health that aims to contribute to better health for Mozambican citizens and communities. The organization's interventions follow an approach based on the promotion of health principles that emphasize the establishment of an environment conducive to behavior change.

As part of its efforts to disseminate awareness and awareness of the negative effects of Gender-based Violence, N`weti implemented a project called African Transformation (AT) in 5 districts of Nampula province, namely Angoche, Meconta, Moma, Murrupula and Nampula - Rapale. As a vision the AT Project is summed up in "a tolerant society in which men and women respect each other, critically analyze and change gender inequalities, and participate jointly in decision-making and equitable resource allocation."

At the end of the implementation period, N weti compiled this project closure report, on the one hand, to respond to the requirements arising from the contract with the intervention financiers and, on the other, as a means of documenting the results of the project, its scope , his contribution and experiences with other actors that together contributed to the success of the same and others who work in the same thematic area.

The compilation of this document followed a qualitative approach, using the consultation of previously prepared documents such as progress reports of the project (semiannual and annual), intermediate evaluation report and success stories of the project. In addition, part of the testimonies collected during the sessions of community dialogues and quantitative data extracted from the monitoring sheets were collected and analyzed and the Mid-term evaluation of the project in order to highlight the impact trends.

The report is structured in 8 main parts. IV-Methodological approach of community dialogues as a tool for social mobilization, with a focus on coverage both at the level of trained team and community members, V- Relevance and perceptions of project impact, VI - Sustainability of intervention and disarmament, VII - Constraints and lessons learned, VIII - Conclusions and recommendations. 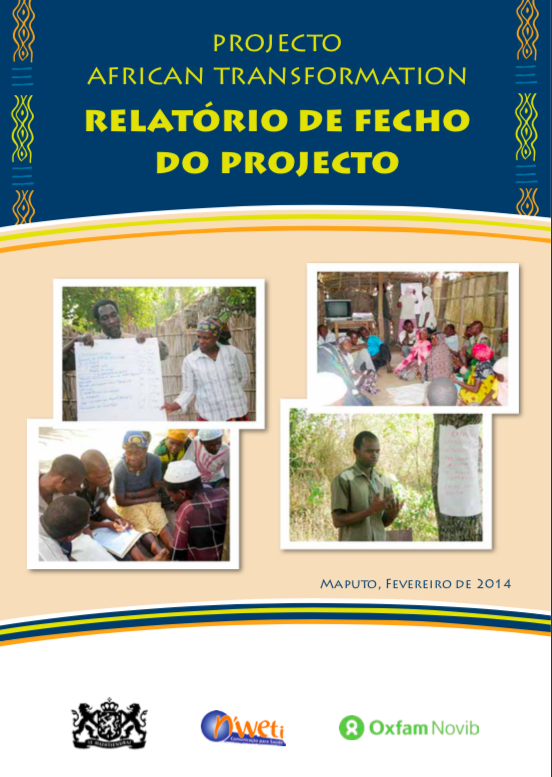 N'weti - Communication for Health is a local non-profit organization that uses communication strategies for social change and behavior as a way to contribute to improving the health and well-being of Mozambicans. N'weti implements multimedia, advocacy and social mobilization interventions in the areas of health, reproductive sexual health, gender and domestic violence, among others.

This report describes the findings of the external evaluation of the Communication Program for Social Change and Behavior of N'weti in Mozambique, specifically the Domestic Violence (DV) component, implemented over a period of two years, with the objective of people on the new law, influence the key and specific determinants of domestic violence, and influence and contribute to reducing the incidence of domestic violence through social facilitation and behavior change through the use of mass media. 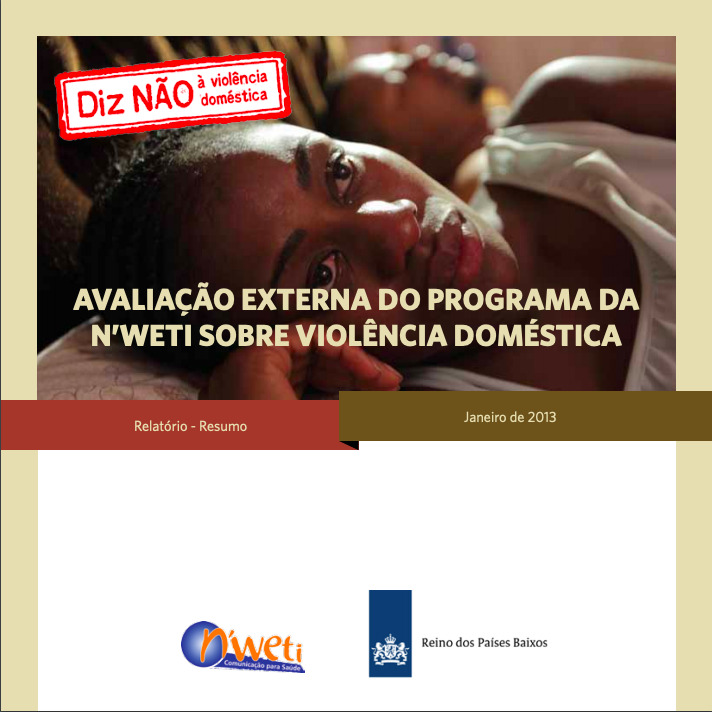