Warning: Invalid argument supplied for foreach() in /home/nwety0/public_html/wp-content/plugins/siteorigin-panels/inc/renderer.php on line 662

Warning: Invalid argument supplied for foreach() in /home/nwety0/public_html/wp-content/plugins/siteorigin-panels/inc/renderer.php on line 673

Warning: Invalid argument supplied for foreach() in /home/nwety0/public_html/wp-content/plugins/siteorigin-panels/inc/renderer.php on line 681

The production of printed materials, namely: magazines, brochures and leaflets addressing the themes of HIV, SRHR, Family Planning and Domestic Violence is part of N’weti’s Health Promotion area and complements the other approaches for community mobilization and awareness to adopt a healthy lifestyle, they also serve as support tools for health professionals, community activists and facilitators during their health service delivery activities. 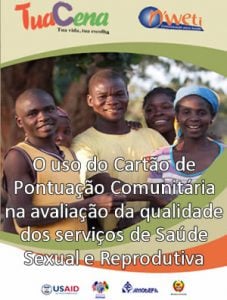 In this brochure we explore what the CPC and how to use. The CPC is a tool that allows users of public health services to participate in monitoring and evaluating the quality of these services. It creates conditions for interaction between the community and service providers in order to identify gaps, concerns, needs and find consensus and alternatives for improving public services provided to citizens.

This publication is available in Portuguese and English.

Brochure SSRD – A scene of Rights and Duties 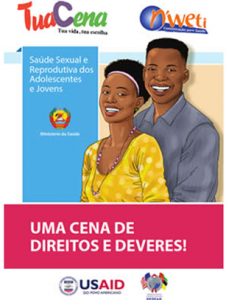 You know that all adolescents and young people of Mozambique can go to a facility request information about contraceptive methods? Or you have a duty to treat health workers with respect, but they must respect you too? Yeah!

In this publication you will find a range of information about your rights and duties related to sexual and reproductive health. 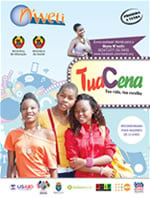 The magazine repdrodutiva sexual health and rights to be published in 2014 to help adolescents and young people to make responsible choices.

The magazine repdrodutiva sexual health and rights to be published in 2015/2016 to help adolescents and young people to make responsible choices.

Many couples are married, living together or namorem face problems simply because they do not know how to communicate.

Despite all learn to show others what we feel and think, there are some simple things that can greatly improve the way we deal with others, and especially with our partners and fixed partner. Conflict is normal in any relationship.

Learning to talk about what they feel and think is important for a healthy relationship.

This magazine helps you understand the benefits of good communication with your partner or fixed partner (a), and to avoid some mistakes that may put the relationship, and even your life in danger.

It was written thinking of those who are involved in fixed relationship with a partner or partner, even if they are not married.

You can read this magazine with your partner or partner, or you can read it yourself (a) . Share what you learn here with your family and friends. You can use the magazine to start to talk to people around you on these issues.

The magazine can also be used in dialogue sessions in group or training.

The N’weti launched the “Several sexual partners is dangerous” As a turning point communication intervention to the problem of Multiple Partnerships and Co-occurring in the country.

The campaign, lasting three months, aims to draw attention that this type of relationship is associated with the risk of spread of HIV infection in Mozambique and question certain

socio-cultural norms that legitimize and perpetuate these behaviors.

With a multifaceted approach, the campaign focused a great presence and display of messages in different media, such as radio debates and TV public service announcements, billboard as material billboards , building wraps and banners in order to make the issue of multiple relationships and co-occurring on the national agenda, promoting debates, both in the public and private arena, as in informal discussion groups.

The campaign has the support of the National AIDS Council and UNICEF and is funded by Soul City, DFID and UNICEF. 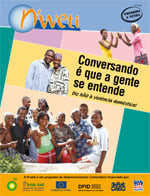 In 2008 the N’weti launched a campaign on this issue, which includes the distribution across the country talking magazine is that we understand each other – Say NO to domestic violence.

This magazine has as its main target group men and sexually active women, community members and advisers involved in domestic violence.

It was distributed and is available in the following languages: Portuguese, Changana, Sena and Macua. The magazine provides information on the different types of domestic violence, causes for this, which the victim can do, as the community and other public institutions can help, among other topics.

Pregnancy is life – Care before, during and after childbirth 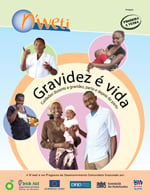 Maternal mortality is a serious health problem with major consequences for the country’s development. Pregnancy magazine is life – care before, during and after delivery – covers comprehensively the precautions at all stages

a pregnancy and the postpartum period to ensure as far as possible, the health of mother and child.

The magazine also looks with particular attention to special care for HIV-positive pregnant women in particular tips on vertical HIV prevention, safe breastfeeding, among others.

My children … My inspiration – guide to educate children

As the title indicates, this publication is intended as a support tool for parents and educators, helping them to deal with various aspects affecting the lives of children and adolescents. 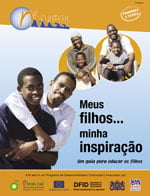 The magazine provides information on issues such as educating boys and girls with equal rights and responsibilities; talk to children and adolescents about complex issues such as changes resulting from the adolescence, sexuality and care needed to have a healthy growth; respect difference; sexual abuse, among many other issues.

The N’weti distributed 2 million copies of the magazine throughout the national territory, not only in Portuguese as well as in Changana, Sena and Macua.

This report addresses exclusively the topic HIV and AIDS, with special attention to the precautions to preserve the health of those who suffer directly or directly the consequences of AIDS. 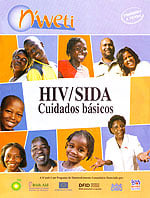 The N’weti distributed 2 million copies of the magazine in Portuguese, Changana, Sena and Macua, throughout the country, with the aim of ensuring access to information provided by the largest possible number of citizens.

The publication HIV/AIDS Primary Care primary targets group of men and women 15 to 49 years, although they are also suitable for adults over 49 years.

This guide is meant to guide health workers in the great work they do every day with the children of our Mozambique. The

aim is to give them the necessary information so that they can support mothers and fathers and other family members to take proper care of the health of infants and children.

The guide was written so they can read their content during consultations as if they were already talking to the mothers, parents and educators of children living with HIV. However, they should select the information they consider important for each group or person.

Some pages bring little life stories that can help mothers, fathers, and other family members see how other people have overcome similar hardships. They can also use the pictures to show what they want to say or let them read the texts themselves. There are also boxes with the title: Health Workers. These boxes bring information just for you, to support you.

Children depend on their parents and others to care for them. So it is very important that the health worker helps them to understand very well the importance of HIV prevention and how to take care of their children so they have a healthy life!

Leaning on the HIV and AIDS, this publication – produced by the first N’weti – Mozambique intended to take up some 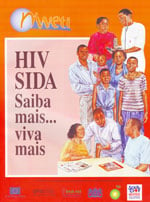 information about the naturezado considered essential virus and disease, the various forms of prevention, HIV testing, the and other antiretroviral treatment.

The N’weti distributed 2 million copies in Portuguese, Changana, Sena and Macua, nationwide, to the local

more difficult to access, in order to ensure access to information provided by the largest possible number of citizens.

The Bradas – Tomorrow begins today covers several topics dedicated to adolescents: self-esteem, sexuality, prevention of sexual transmission and HIV disease, respect differences, to live without violence, and many others.

About 1 million copies of the magazine, in Portuguese, was distributed to adolescents in 5th and 6th classes of Mozambican schools through a partnership with the Ministry of Education and Culture of Mozambique.

The N’weti published this magazine for a public target adolescents between 12 and 14 years and were also made available copies to partner organizations working with children and adolescents who are out of school.

The N’weti, with funding from UNICEF, implemented from 2007 to 2009 a project of social mobilization for children called “The Club Bradas”. The intervention paid special attention to the implementation of initiatives in schools and communities in order to encourage reflection and consequent promotion of children’s rights. Each club at school was to direct a radio partner of children’s club is for children’s programs on Radio Mozambique as in Community Radios of the identified provinces.

The idea was to encourage children collectively to actively reflect on issues that affect them directly and promote the search for effective and appropriate locations in order solutions to contribute to that, increasingly, communities are able to respond and respect realization of the rights of children. About 25,000 children from 12 to 14 years 83 clubs in eight provinces of the country were involved in this initiative.

The result of the positive results of the project “the Action Pals”, the Ministry of Education (MINED), as part of its actions to promote life skills in primary schools, based on the model of “Bradas” decided to popularize the introduction of clubs in schools across the country. Indeed, from 2010 to N’weti fails to deploy and manage directly the initiative of clubs in schools, through the project “The Bradas” and wreathes at the invitation of MINED in the design of a new model of the clubs schools.

In this context, since 2010 the N’weti was involved in the introduction of the new model of school clubs, providing technical support to the MoE through training to the focal points of the basic package at provincial and district level, teacher training in various schools in the country, supervision training, development of instruments and tools to support the operation of school clubs in addition to the distribution of IEC materials (Information, Education, Communication) highlighting the newspaper the Brada. Thus, a major goal has been achieved – ensuring ownership of the initiative of school clubs by the MoE and it is expected that by 2014 all primary schools in the country can have a club in full operation, based on the model of Bradas.

write me an essay