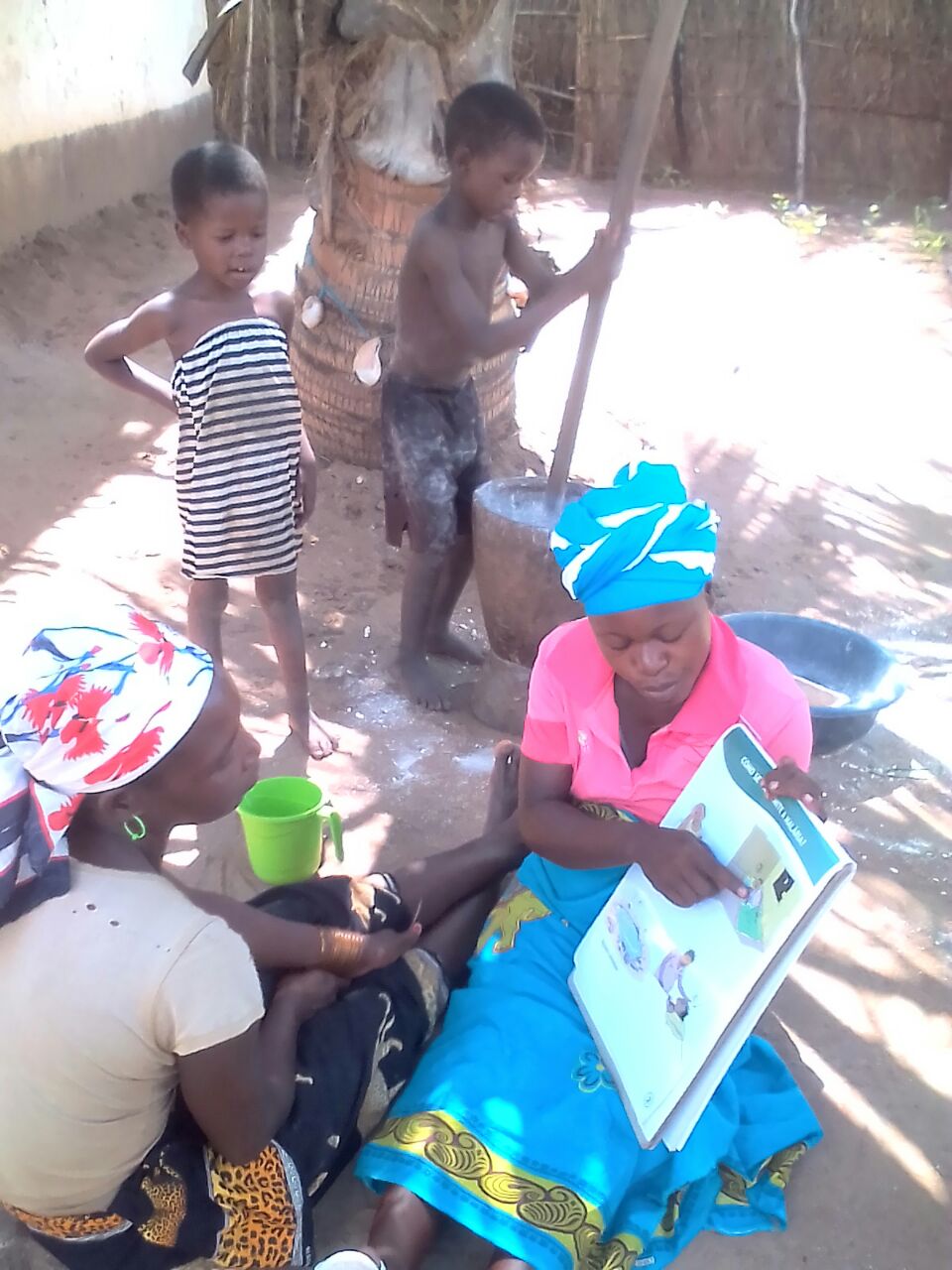 Get to know the story of Ana Gilda Maria Tomé, 36 years old, married, 5 children, who lives in the neighborhood of Mutauanha, Post Administrative of Muatala, in the district of Nampula, province of Nampula, Mozambique. In February 2018, Ana Gilda narrated to the Netting Malaria project field team on how the Community Dialogues (CD) run by the Netting Malaria brought about a significant change in her family behavior and impact on their improved health.

“I and my family went very badly, because all of us – my children, husband and I – always suffered from malaria and other diseases. My children stayed days without attending school, because they were sick (could not get out of bed). I thought it was any witchcraft that was made against our house. In fact, before participating to the CD sessions promoted by N`weti s trained facilitators, in their malaria project, I would not accept to have my house sprayed by the Ministry of Health brigades. I thought that household spraying was used to distribute cholera and other diseases. And then, mosquitoes would not end up inside my house only because it has been sprayed.”

In fact, the Ministry Provincial Directorate’s Malaria Control Program reported in 2016 that one of key challenges of the Malaria program was resistance faced in the communities’ adherence to Intra-Domiciliary Pulverization (IDP) campaign, although being this one effective strategy to eradicating malaria. This is why, the Netting Malaria promotes CD weekly sessions, to promote discussions on locally established beliefs over malaria prevention strategies and help correct misconceptions.

“When I learned that there was a group that promoted debates on issues related to malaria prevention in my community, I went to hear what was going on in these debates. After attending the six – weekly meetings, I realized that in – home spraying was one of the best ways to prevent malaria. This year, when I heard that the health brigade was going through the neighborhoods, spraying the houses, I was worried about when they would arrive in my neighborhood. And the day they arrived at my house I agreed to spray my whole house. Actually, even if there was no spray campaign I would ask the staff to come and do the work at my house.”

And now, Ana Gilda, starts to feel the impact of having accepted the MoH team to spray her house.

“With Spraying, in my house we were free of mosquitoes, cockroaches, and besides we were free of malaria that was previously the disease that did not end in our family. Today I want to advise everyone who is in the same situation as I was previously, to accept these methods of prevention, because they are effective and safe.”

This site uses Akismet to reduce spam. Learn how your comment data is processed.