Netting Malaria is a project funded by Comic Relief (CR) in partnership with GlaxoSmithKline (GSK) to "Fighting Malaria, Improving Health", implemented by N'weti in two districts (Ribáuè and Nampula) in Nampula province, Mozambique, with a duration of 36 months (1 March 2017 until 28 February 2020). With the project, N'weti intends to contribute to Increase Access to and Demand for Primary Health Care for Communities affected by Malaria targeting children under five; pregnant women, caregivers, women on reproductive age, their family members, those living in hard to reach areas, reaching approximately 625,974 persons.

In line with the Comic Relief/GSK Partnership’s Theory of Change, N’weti believes that the possible reasons for the high prevalence of malaria in in the project implementation area is attributable to low levels of awareness and lack of self-efficacy to take appropriate action to prevent, diagnose and treat febrile illnesses. It further asserts that the lack of access to quality health services close to home, coupled with low awareness of health rights and entitlements, which affect citizen’s ability to demand the provision of quality services at health facility level, increase citizen’s vulnerability to morbidity and mortality from malaria.

From this perspective, the project unfolds in a package of interdependent actions ranging from the training of community actors and service providers; conduction of interpersonal communication (IPC); Community Dialogues (CD); Community Theater; production and distribution of Information Education and Communication (IEC) materials; monitoring of the quality of health services through the Community Scorecard (CPC) and the availability of drugs and malaria tests; performing roadshows; up to the production and broadcasting of radio programs. With this package of actions, the project seeks to have (I) Increased communities’ knowledge and awareness on malaria prevention, diagnosis, treatment, febrile illnesses and health rights; II) Increased uptake of and access to health services for diagnosis, treatment of malaria and febrile illnesses; and III) Increased citizens’ demand for quality health services and accountability by health providers.

N'weti believes that the success of its interventions is significantly conditioned by optimal collaboration with local actors, investment in skilled human resources and harmonization of their approaches to the project’s intervention. That is why in the implementation of this project, N'weti privileges coordination and promotion of linkages with the Government, non-governmental actors, including the communities in the areas of implementation. 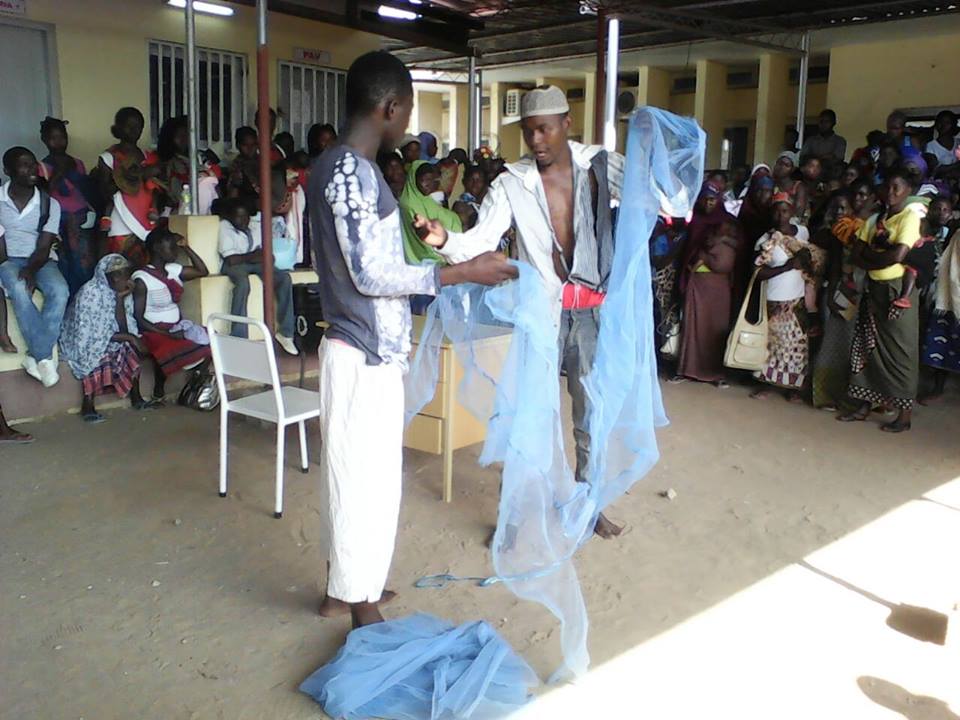