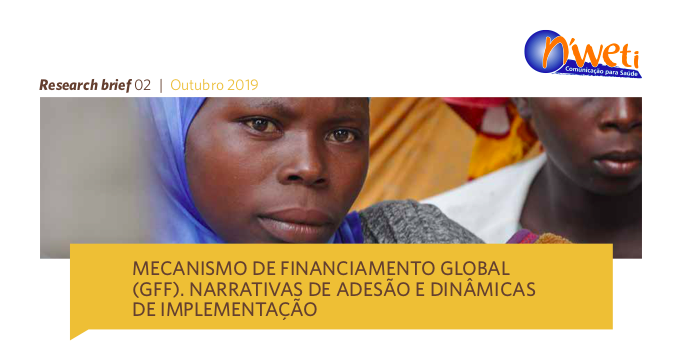 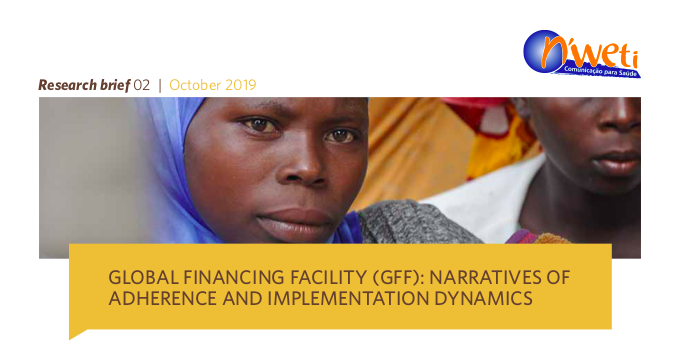 This Research Brief1 highlights the contextual narratives of Mozambique’s adherence to the Health Financing Facility (GFF). The reflection herein is based upon a triangulation of the documentation research methods, field work in three of the country’s provinces (Nampula, Zambézia and Gaza), in depth interviews and focal group discussions. The work underlines that: (i) the process of adherence to GFF, both by MISAU and the financing partners, was relatively precipitated by a particular context of a financial crisis, which was worsened by the hidden debts and lack of credibility of the multi-actors coordination mechanisms, with particular emphasis on PROSAÚDE; (ii) with regards to implementation, GFF is fundamentally based on two instruments, namely the Investment Case (CI) and the Health Sector Financing Strategy (EFS). Undeniably, the former elaborates the action lines in terms of intervention methods, while the latter functions as a CI financing instrument which, in addition to the sector component, it carries with it a political dimension which is not just electioneering, or of legitimisation of the government, but also of economic interests of the political elite. It can thus be concluded that GFF requires a more increasingly assertive coordination among the various management levels in the sector. This will lead to greater decentralisation, in order to avoid the risk of reproducing the authoritarian centralisation of the sector, which might have contributed to the failure of the previous financing mechanisms. The current reflection is structured in two parts: firstly, it deals with the narratives of adherence to the mechanism and, secondly, it touches on the implementation dynamics, while at the same time drawing the initial impressions about the quick wins of the new financing mechanism.

This site uses Akismet to reduce spam. Learn how your comment data is processed.